In the automotive industry, stamped vehicle-identification numbers (VINs) uniquely identify a production-line car. Automotive manufacturers must stamp an official VIN on every car’s frame and duplicate it on stickers and barcodes located at various places around the exterior of the automobile. If these numbers do not match, then the manufacturer must scrap the vehicle at a high cost. Even in highly automated automobile-manufacturing plants, incorrect VINs are still discovered on a few chassis.

Nissan Motor Manufacturing (UK) Ltd. (Sunderland, UK) used to stamp the official VIN in the engine compartment. When the vehicle reached the ‘finishing line,’ just prior to final waxing and shipping, an operator examined the engine compartment, compared the stamped VIN number with the VIN number listed on the automobile’s manifest, and subsequently made a pass/fail decision. Now, however, several new car models have their VIN stamped in a compartment under the carpet located in front of the driver’s seat. 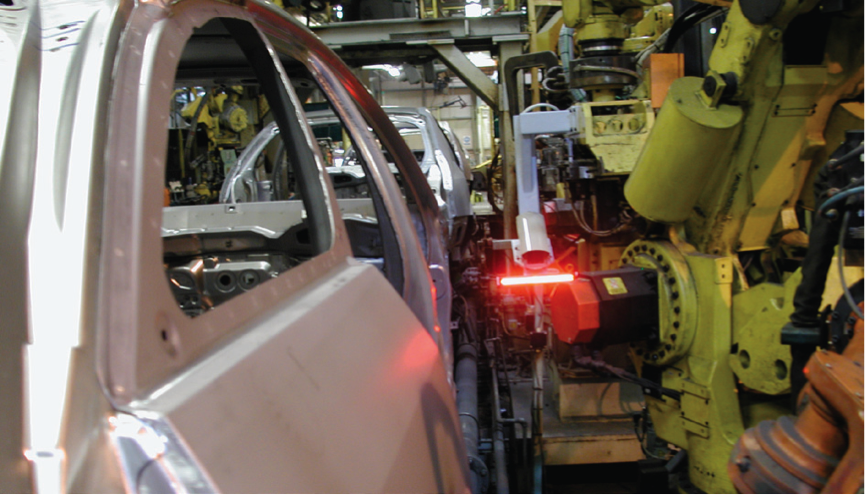 For this situation, the operator has to climb into the vehicle, open the compartment, and, with the help of a flashlight, visually read the VIN number. This inspection procedure, however, has proved to be a health and safety hazard, as inspectors frequently injured themselves. Consequently, Nissan decided to install an automated vision inspection system.

To meet the operational needs of the automobile-production lines, IVS integrated both off-the-shelf and custom hardware and software. The resultant VIN vision-inspection system comprises multiple image-acquisition stations and displays, OCR and neural-network software, and a database to store images and other data during the 24 hours it takes for an automobile to reach the finishing production lines.

At an initial production step, each automobile frame is stamped with a unique VIN by a robotic device controlled by an Omron PLC. An ASCII data string is provided by the Nissan plant’s line PLC, which supervises the Omron PLC. Accepting data from both PLCs, the IVS custom VIN imaging system runs IVS software.

The system PC collects the ASCII data string representing the VIN number from both PLCs, and the IVS software temporarily stores the data in PC memory. After the line robot stamps the VIN number into the automobile frame, it communicates the data to the VIN imaging system through an Omron Sysmac Link PLC card. The IVS software then triggers a digital camera to acquire an image.

A pair of red LED light arrays with cross-polarizing filters is placed at oblique angles to the VIN stamp to provide efficient imaging illumination and to help limit spurious reflection from the metal surface. All of the image-acquisition systems used on the four production lines are positioned on pedestal and are protected by a custom housing designed by IVS to accommodate the robot work cell that performs the specific VIN stamping.

After the image has been imported into PC memory, the software uses a combination of template-matching and neural network classifier tools to perform OCR on the stamped VIN numbers and alphabetic letters. These tools can read any type of font, instead of only industry-standard OCR A and OCR B fonts. 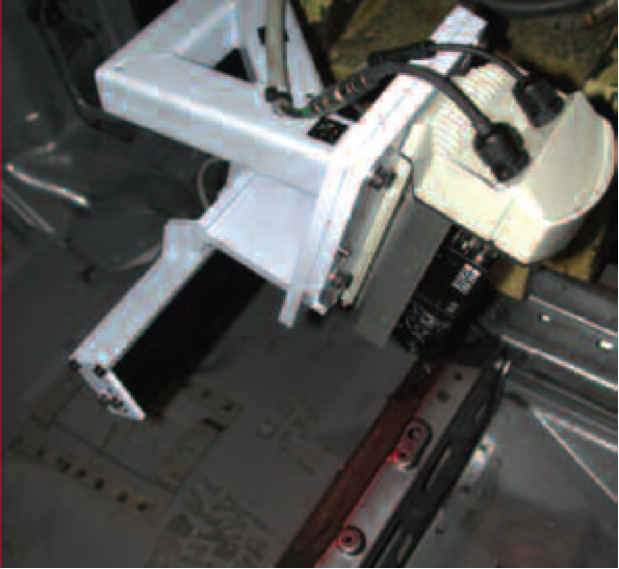 After identifying the VIN string, the software compares that string against the ASCII strings from the robot and line PLCs. A bit-mapped version of the image, the robot and line PLC ASCII strings, and a ‘pass/fail’ code are all sent  across the Sunderland plant’s local-area network (LAN) and stored in a Microsoft SQL database on a central Compaq server for later retrieval.

As the cars pass the finishing line, an operator uses a barcode scanner attached to another PC to scan the manifest sheet that accompanies each car. To verify that the sticker VIN matches the stamped VIN, the PC takes the ASCII string from the barcode reader and sends it across the LAN as a query to the Microsoft SQL database. When a match is found, the original VIN image is recalled, and the operator compares the VIN string in the image to the VIN on the manifest sheet for a match. Based on these checks, the automobile plant officials can be sure that the VIN number of the vehicle is correct, and the automobile can be delivered to the final waxing and shipping station. 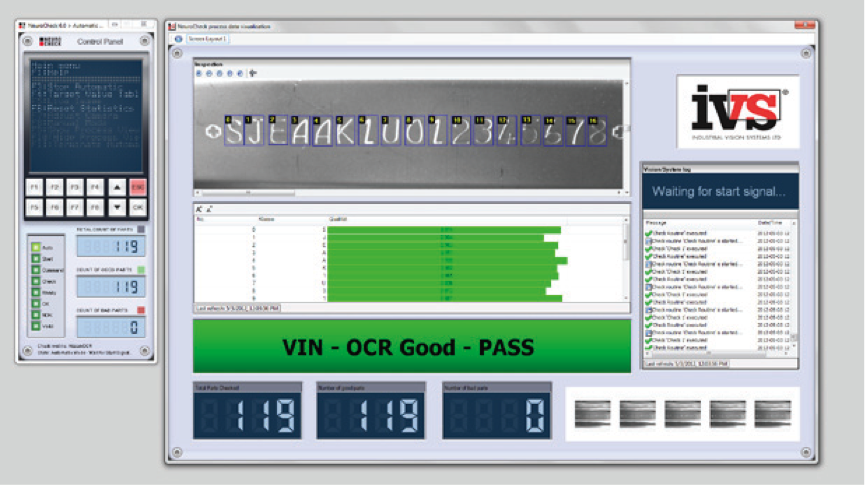 The Nissan plant produces approximately 2500 cars a day. It also produces 2500 images on the SQL database. Every few days, the VIN images are removed from the central server to conserve storage capacity.